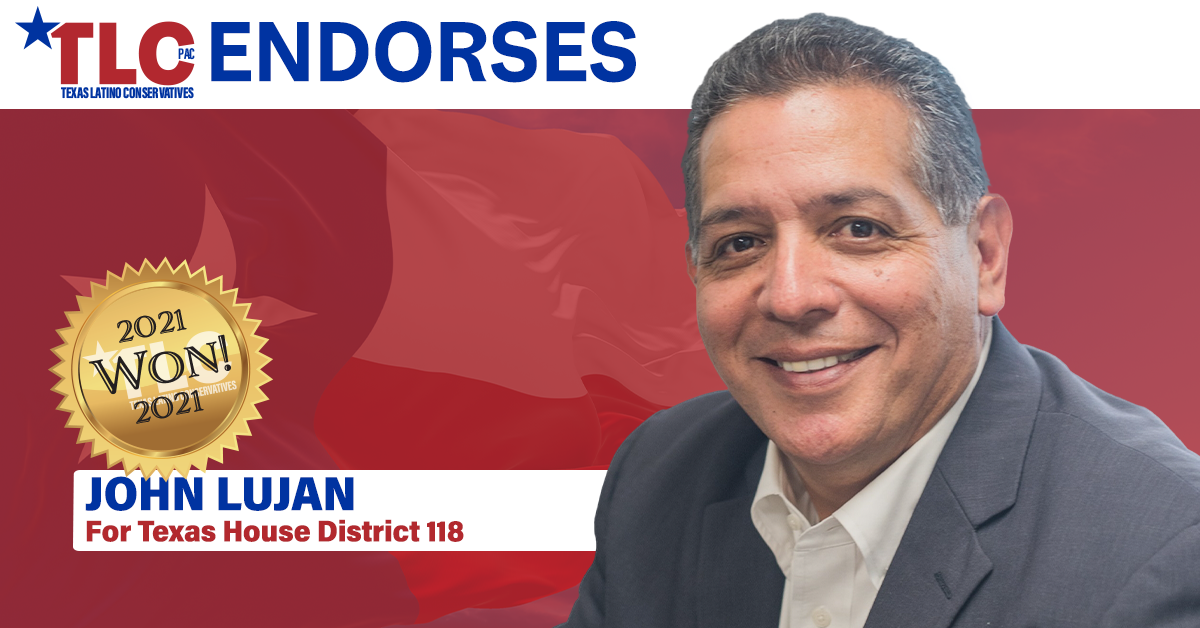 As a State Representative candidate for Texas District 118, John Lujan wants to create jobs and opportunities for the community.

John is a successful business owner who helped grow a small IT firm into a thriving business employing over 500 people in San Antonio. John’s ties to the district run deep. He was born in San Antonio where his mother was a local public-school principal, and his father was a Southside minister. John learned from his parents at a young age the importance of serving others.

John served our community as a Deputy in the Bexar County Sheriff’s office before accepting a position for 25 years with the San Antonio Fire Department. While serving as a firefighter, John worked closely with elected officials at all levels to advocate for additional resources and training for first responders improving safety for San Antonio.

John has legislative experience having previously served District 118 as State Representative. He will work to strengthen our schools and support our teachers so they can help our kids develop the job skills needed to break cycles of poverty and will bring good jobs to our district, and will lower the tax burden on our families.